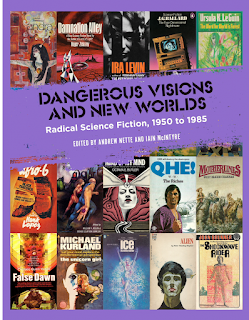 So it’s appropriate that these  two publications  would form the basis, and focal point, for a study of radical science fiction from 1950-1985. In fact, Andrew Nette and Iain McIntyre, while keeping those publications firmly in mind, move both backwards and forwards in time with essays that extend the  rebellious spirit, however varied, of New Worlds and Dangerous Visions. Nette and McIntyre’s volume really does cut a wide swathe, with excellently-researched essays from a variety of contributors on subjects that move across the board: from that utopias, dystopias, the bomb, revolution, the Vietnam war, race relations, feminism, the sexual revolution, ecology,  and drugs, to sub-genres like Russian, gay, and young adult sci-fi, as well as chapters on publishers, editors, and writers, both obscure and well-known, from Moorcock, Judith Merril, Philip K. Dick, Samuel Delaney, Barry Malzberg, J.G. Ballard, Ursula LeGuin, Roger Zelazny, to Denis Jackson, Hank Lopez, R.A. Lafferty, Octavia Butler, and James Tiptree. With something for everyone, there are bound to be writers discussed that will be unfamiliar to readers. I for one had never come across the likes of Hank Lopez (Afro Six) or Denis Jackson ("Flying Saucers and Black Power"!). Likewise, there’s a plethora of paperback covers, all excellently reproduced which will make readers want to track down some of these titles on secondhand sites and bookstores.

In all, this is as complete a history of that period- 1950-1985- one is likely to come across. Though as I thumbed through its pages it did make me think about how so much of what considered  radical during those years has now more or less become mainstream speculative fiction. But that probably says as much about how the genre has evolved as it does about this who now read the genre. If there is a criticism to make about the collection, it's that it doesn’t include contributions  by the writers themselves. But then, in the end, this is essentially a book by sci-fi critics ands fans for other sci-if fans. Which  it does in a format that has become something of a template for its editors. That is if their two collaborations-  Sticking It to the Man: Revolution and Counterculture in Pulp and Popular Fiction 1950 to 1980, Girl Gangs, Biker Boys, and Real Cool Cats: Pulp Fiction and Youth Culture 1950-1980- are anything to go by. All of which makes me wonder if  Tex, minus the donkey jacket, is still around, and, if he is, if he's still reading what he once was so excited about. I hope so. Because, if nothing else, Dangerous Visions and New Worlds illustrates that it wasn’t, as the editors attest, so much a “long 1960s,” as a perpetual 1960s, however much those years and what they stood for have been, and continue to undergo such revision. 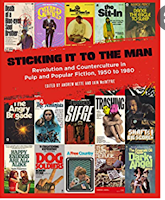 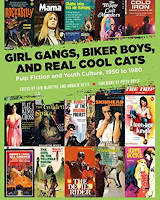