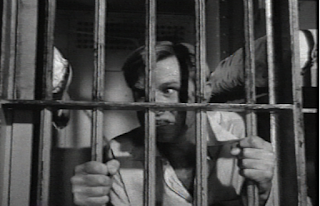 lynchings, deep into the genotypical. And if

offending the offendable, remove the offence,

or, for that matter, sleazoid jurisprudence.

Preambled by yet another religious nutter, his

for the evils in the world?" Swallow, head down.

for monopoly capitalism. Lurking in a tostada-

with-all-the-trimmings clink. Ain’t no get outta

And "no law against what's right." But what is right?

Poor pendejo, coming back to his little chickadee.

In darkness, a window, his only art, sans tv to

son to a ball game. Still, ducks will slurp for the

nearest psycho, and rungs on the ladder will break

Born to shoot shit, his marriage crumbles for lack

of middle-class moxy. Spilling beans on a barroom

floor, to a wallflower displaying her magnificent

ambersons, plumaged to shop the schmuckable,

revving the reviled to break into jail, their monkeys

sans hostages to redeem, for this, buy easy bay lurch. 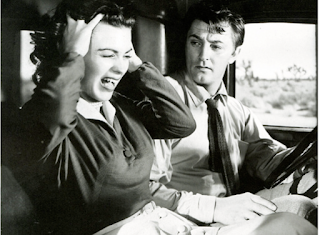 Who doesn’t “do” anxiety, influence or discontents.

border rats, and their calico partners. Blimey! It’s a

Uncredited, forgotten, unmentioned, or marooned in

anodyneland. But let’s gloss this lipstick, mire this

wife, her past perturbing her present, secondhand

clocking a handsome young doctor. We wonder, is

the old guy her husband or father? Well, Cassandra

is nothing if not complex. That Dr Mitch and the old

man come to blows, is more ontological than generational.

That Dr Mitch dances like Sluggo, must impair his

with warts and all peccadilloes. Nearing the border, her

mojada, but shot all the same, straight to the core of her

consequentialism.  Her confession prompting a debate

on the nature of false consciousness. Is this a  stitch-up,

paranoia, so lopsided this autonomy, so why can’t these

fuckers recycle their trash as they do their movies or

wives? I had no choice. I fell under her spell. As old as

Hollywood, clueless though it was and always has been.