The couple days have been spent revisiting Derek Raymond's (aka Robin Cook) autobiography The Hidden Files. I remember, when it came out, some expressed disappointment because they said the book did not have the same edge and dark focus of his crime/noir novels. That its prose and presentation was a bit self-conscious, as though Robin was trying to prove his worth as a writer. Maybe there was some truth in the latter, though at the time of its publication, I enjoyed the book immensely. But, for some reason, I hadn't  looked at it since. This even though I've re-read Robin's Factory novels, and some of his others (Crust On Its Uppers, A State of Denmark, The Legacy of the Stiff Upper Lip, etc.) at various times since their publication or re-publication. Re-reading The Hidden Files was not only a great pleasure but I found it quite moving. For me, no matter how under-appreciated it might have been at the time, The Hidden Files really does deserve to be up there with the likes of Cyril Connolly's Enemies of Promise, a kind of scaled down version of Anthony Powell's multi-volumed Dance to the Music of Time. For me there has always been something admirable about old Etonians- and I seem to have known a few over the years- who have the political and personal nous to reject their class, their education, and sense of entitlement. Certainly no one personifies that kind of downward mobility more than Robin. What a pleasure it was during late 1980s and early 1990s to run into him on the streets of Kilburn, where we were neighbours, or at events at Compendium or Murder One. As I was revisiting The Hidden Files I couldn't help but be reminded of those days, which led me to dig out my 1992 interview with Robin which took place at this favourite pub, The Coach and Horses in Soho, and subsequent article that appeared in the Observer Magazine later on that same year. 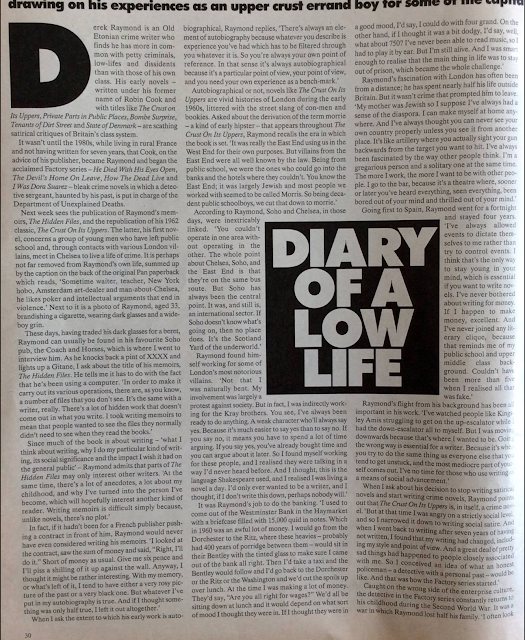 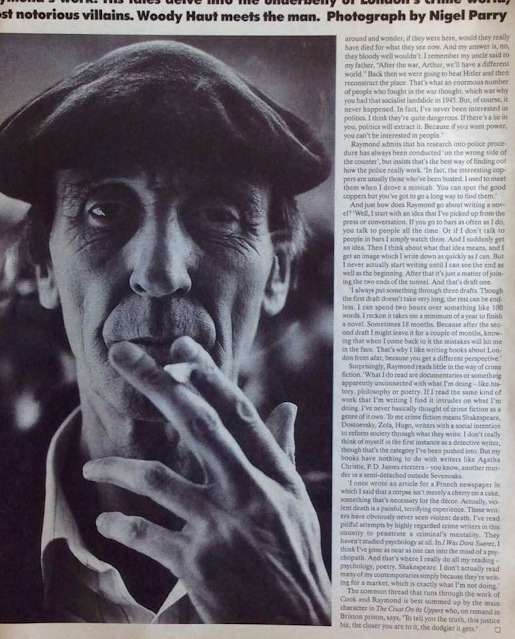 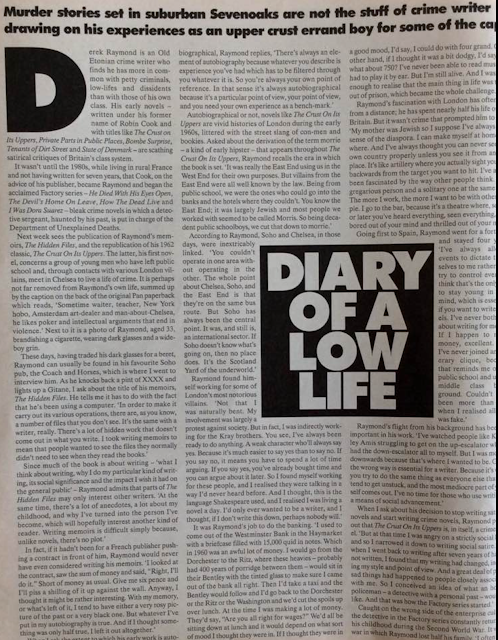