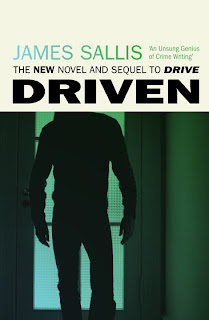 If  the title of James Sallis' latest is anything to go by, one could say that noir, at least in a classical sense, is best suited for the past perfect. Yet it's the present that Sallis has always exploited so impressively, not least of all in his latest novel. Though Driven is the sequel to Drive, it should, grammatically speaking, be a prequel. Or maybe that's wishful thinking, because, for me, sequels- disregarding the likes of Macdonald or Crumley who recycle the same character rather than taking the narrative a step further-  are often disappointing, the energy and impact often dissipating with each  installment. But the Arizona-based Driven is an exception that must prove the rule, and, if not Sallis at the very top of his game, one to savour until the next one comes around.

So this is a further investigation regarding Driver's  hitherto impenetrable motives and manners, as well as a novel  that, as usual for Sallis, is firmly within the noir tradition. Though in the past his novels have sometimes functioned as marginalia to the likes of Goodis and Himes, Driven, like its predecessor, reads like  the great French polar writer Jean-Patrick Manchette has finagled  a Green Card, and is currently living incognito in the suburban sprawl around Phoenix, writing as if he were back in the day when  Gold Medal and Lion paperbacks ruled the roost.

As with Manchette, and his pulp predecessors, Sallis is skilled at editing, deploying David Mamet's maxim about arriving at a scene late and leaving it early. Likewise, Sallis is adept at juxtaposing chapters, and paring everything down to its expositional essentials, deploying dialogue that gets to the point whatever that point might be. But, then, that's the pulp tradition, practised by the likes Prather, Macdonald, Marlowe, etc... And like his French comrade, Sallis even gives his peripheral characters  something to say, whether sad stories or pearls of wisdom. Despite such humanitarian leanings, Sallis here depicts life on the verge of disintegration, in the process of being replaced by something to which his characters can only be tenuously connected. Consequently, Driver's chances of survival can only be minimal. In this desert landscape, pock-mocked by cities approaching  their sell-by date, Driver at least has the ability to modify and operate cars. A former stunt-man who would walk the straight and narrow if he only had the space to do so, this anonymous anti-hero's days are numbered. After all, anyone attempting to drive through the wreckage, is living on borrow time,  dependent on road-kill, the price of Middle-East oil and insane gun laws. As a sequel, Driven delves below the surface that was Drive, and a king-of-the-road survivor who, like the editing technique imposed on him, is destined to arrive late and leave early. Driven might be a reprise, but if you're Driver, and the highway is your narrative thread, retracing your steps has to be a cultural necessity. And the road is bound to be  convoluted, not so different from the narrative in which he's embedded. Yet, like they say about railway tracks, at some point, it all connects, or, in this case, coheres. Or comes as close to cohering as things do in a Sallis novel.

Finally, I'm probably in a minority on this, but I was greatly disappointed by the film adaptation of Drive. I felt it was trying to push too many buttons, while, at the same time, trying too hard to be ironic. What's more, it seemed too mired in  the 1980s, as opposed to Sallis' fiction which, though it recognizes and plays upon the history of noir, is indelibly set in the over-anxious present. But I should also add that my take on the film has nothing to do with the acting, which was excellent, or any similarity it might have to Walter Hill's 1978 The Driver.  For me, there's  room for any number of car movies- Two Lane Blacktop, Vanishing Point, Thunder Road, etc.. No, for me the problem lay, sadly, in the director misperception of the novel. A good comparison would be Boorman's Point Blank adapted from Richard Stark's novel, a film, like the novel, and in contrast to Drive, devoid of nostalgia and irony. My reaction to Refn's film came as a surprise since I've been an admirer of his past work, not just Pusher, but the remarkable Fear X, whose underrated virtues I've extolled to any number of people. On the other hand, I can see that it might be difficult to adapt adapting Sallis' work. Not just finding the right tone, but how to convey the internality of Sallis' sentences in a simple gesture or line of dialogue. Of course, film dialogue operates on a different level than it does on the page. All of which is to say that  if Driven should ever be adapted for the screen, I hope its director will be familiar with  not only 1980s crime films like Live and Die in L.A., but the history of noir, and its relevance to the present. Perhaps such a director doesn't  exist,  or even if he or she does, it's  likely that no studio would want  to live so  dangerously. Life, in Driven, might be a simulacrum of a movie, but it's neither glittering nor seductive. It just is. 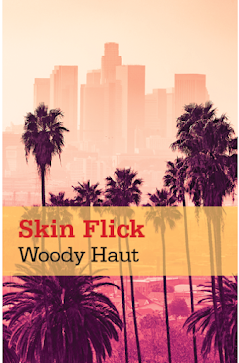