Cry For a Nickel, Die For a Dime: Stories Behind the Story

Cry For a Nickel, Die For a Dime takes place in Los Angeles in the summer of 1960. JFK is in town, about to nominated by the Democrats for the upcoming presidential election; Dodger Stadium is under construction; the political influence of the Los Angeles Times’ Chandler family is at its height; Mickey Cohen is the city’s top mobster; rhythm and blues is being co-opted by large record companies; and the line separating business from organised crime has grown extremely narrow. So Cry For a Nickel, Die For a Dime sets out to investigate the various morbid symptoms produced by that particular period of transition and circumstances, fitting it all into the noir tradition of grand gesture and obsessive personalities, false turns and femmes fatales, corrupt individuals and absurd declarations, secret lives and shady pasts.

It’s also an era in which news photographers are forever snapping photos of movie stars, sports personalities, politicians and gangsters, plastering them across the pages of newspapers and scandal sheets. Which is one reason I wanted to place at the centre of my novel’s narrative an unscrupulous freelance news photographer,  Abe Howard, who makes his living shooting photos of celebrities in compromising positions and dead bodies in the early stages of decomposition.  Abe comes from Chicago where he grew up alongside a litany of shady characters. Soon he was working for various newspapers, taking photos of gangster including some unsolicited shots of Capone, which landed Abe in some extremely hot water. Now living in Pasadena with a wife and two kids, he does whatever he has to do to make a living. It’s only when he gets off some shots of a dead up and coming jazz musician, he finds himself in serious trouble with the mob, not helped by his involvement with a femme fatale record executive out to exploit black music for the sake of rock and roll.


In fact, Abe is very loosely based on a mixture of my father, Albert Haut, with a dash of Weegee thrown in for good measure. Though he worked as a news photographer during the Capone era in Chicago, and then Detroit, Albert Haut, unlike Abe, was no philanderer, nor was he working as news photographer in 1960, having long since traded in his press card for a Pasadena camera store. Yet Abe and Albert share a common background. Both were autodidacts schooled amongst anarchists in Chicago’s Bug House Square. Both served as a copy boy to Ben Hecht and Carl Sandburg. Picking up a camera, both would be amongst
the first (along with W.R. Burnett) to arrive at the scene of the St. Valentine’s Day massacre. Later, both, would be roughed up, their camera smashed by Al Capone’s gang for picking the wrong moment to take an unsolicited shot of their boss, only, on the following morning to receive a letter of apology from Capone, along with a new camera. Both would photograph John Dillinger in the courtroom, then, after a tip-off from his girlfriend, after he was gunned down outside the Biograph, pinning his eyes open, so the story goes, to make it look as though he were a frightened fugitive. And both were present at the Ford strikes in Michigan, took photos in the Ozarks for the WPA, and travelled with FDR on his campaign train.

It was no doubt seeing some of those photographs and hearing such stories that, from an early age, instilled in me a life-long interest in noir fiction and film, and, consequently, gave me the impetus to choose a freelance news photographer as the protagonist of my novel. And it’s why I intertwined those stories and the ethos of a freelance news photographer scrambling to make a living with what I knew about that period of Los Angeles regarding organised crime, music, baseball, politics, and geo-politics of the city. Not as nostalgia for a world gone by, but as the story of the city at a particular time and place, when, as someone once said, the old world was
dying and the new had yet to be born.


Music- jazz, blues and rhythm and blues- plays a big part in my novel Cry For a Nickel, Die For a Dime. Right down to the title of the novel, which, of course, comes from “Last Fair Deal Gone Down” by bluesman Robert Johnson:

As the title of the novel implies, everyone in Cry For a Nickel, Die For a Dime appears to have a price, or, if not, are going to be forced to pay a price. Put another way, cry all you want, if you compromise for so little, you’re bound to give up everything for just a little bit more. But freelance news photographer Abe Howard, relatively uninformed when it comes to music, much less the record business, has no idea of the trouble that’s about to come his way when he photographs the body of a young jazz musician, a rising star in L.A. in 1960, and son of a local baseball legend. To complicate matters, Abe falls for Kim who works for Insignia, a local record company hoping to corner the market on R&B in order to make a killing off of rock and roll. To climb the company’s ladder, Kim has, on the one hand, to collude with some unwholesome characters, and, on the other, gather information from Felix, an eccentric blues 78 rpm record collector, has at his disposal. 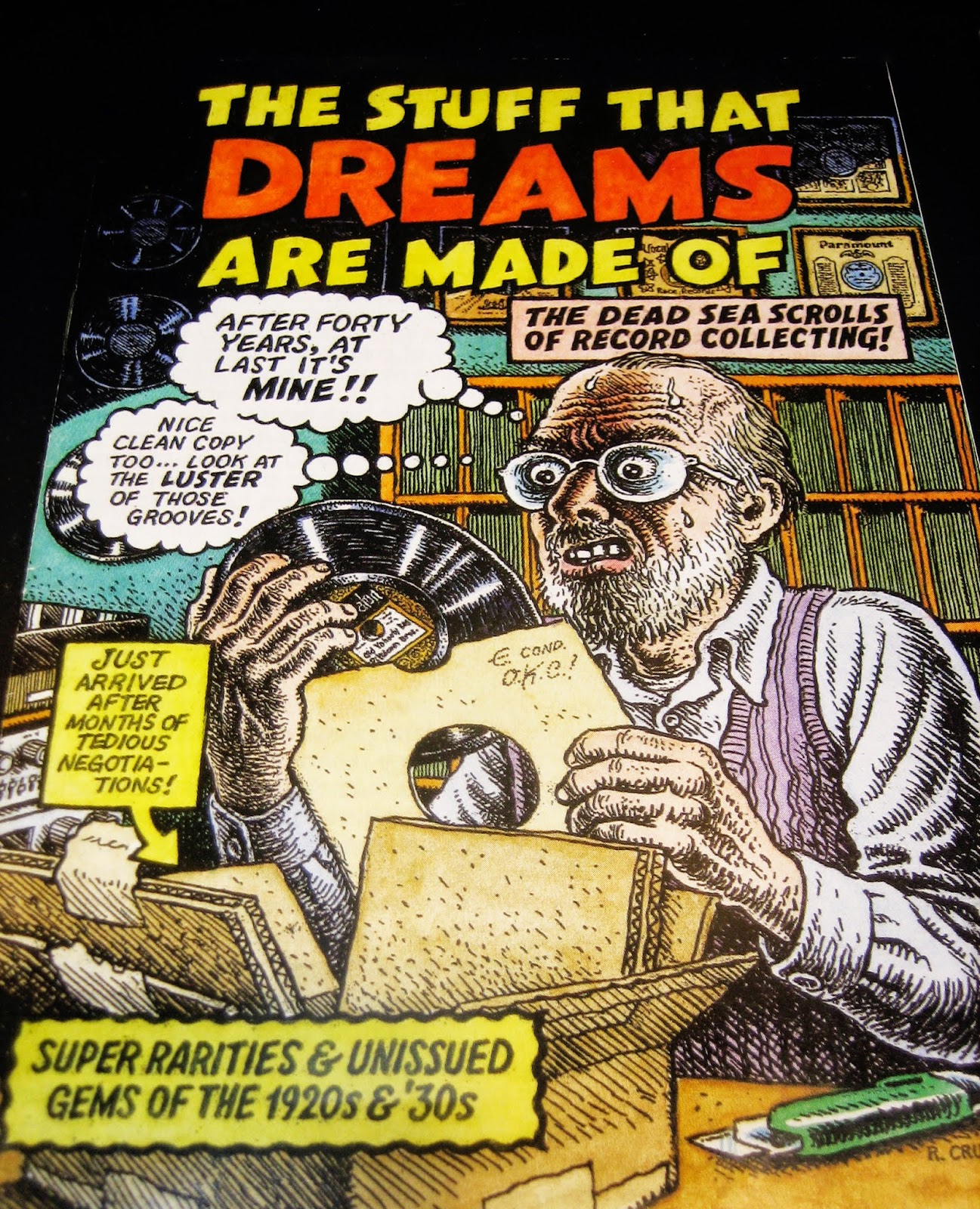 Felix, a walking contradiction, really is partly fact and partly fiction, based, as he is, on the legendary 78 blues record collector James McKune, about whom I’d been interested in for some time. I’d heard his name back when I was a teenager hanging around The Jazz Man record store in Los Angeles. Born around 1910 on the east coast, the eccentric McKune was one of the earliest, perhaps the first, collectors of blues 78s. A nondescript type,  he was said to always wear the same clothes- white shirt, black pants, black shoes, white socks. Gay and an alcoholic, he worked as a New York Times sub-editor, a mail sorter for the Post Office, a desk clerk at the YMCA, and checker for a beer distributor, but was never able to hold down a steady job.  A storehouse of information and a collector par excellence, he quickly turned into a legend amongst blues collectors and the eminence grise of a group of collectors, called by some “the blues mafia.” Interestingly, McKune prided himself on never having any more than 300 records at any one time, which he constantly refined through trades and bargain purchases. Sadly, McKune was murdered in 1971. He was found strangled, bound and gagged in a welfare hotel on the Lower East Side, the victim of what was thought to be a homosexual serial killer, responsible for at least a half a dozen other murders in the area.

Felix, in Cry For a Nickel, Die For a Dime, has many of McKune’s characteristics. To the point where I’m no longer sure where McKune ends and Felix begins, or, for that matter, what I’ve made up and what is known to be true.  In my novel, Felix is idolised by his small band of fellow collectors- a west coast version of the east coast blues mafia. Like McKune, Felix is gay with a penchant for rough trade, can’t hold a job, angers easily, lives at the YMCA, stores his 300 records in boxes under his bed, is offended by the inflationary costs of blues 78s, and willing to go anywhere in search of records.

While no art form exists in a vacuum, the politics of collecting and its relationship to the music hasn’t often been written about. In many ways Felix, like McKune, confirms the image of the  obsessive collector as a marginal type- think Steve Buscemi in Terry Zwigoff’s 2001 movie Ghost World- who insulates himself in an alternative world, one which looks back to the past as a way of escaping the present, even if that means sanitising the more dangerous and subversive aspects of the music he- and usually is he- loves.

But one of the collectors in Cry For a Nickel… does manage to connect collecting blues 78s with the politics of the culture. Though he looks and dresses like a banker, Ira, as well as collecting 78s, plays a National guitar, and sings classic blues songs in a voice that’s barely above a whisper. He idolises Felix, but is willing to engage with the world. He not only lends a helping hand to Abe’s wife, but he puts his body where his soul is, travelling a couple years later to Mississippi to register voters, only to be beaten up by the Klan, his hands broken so badly he’s unable to ever play his guitar again. 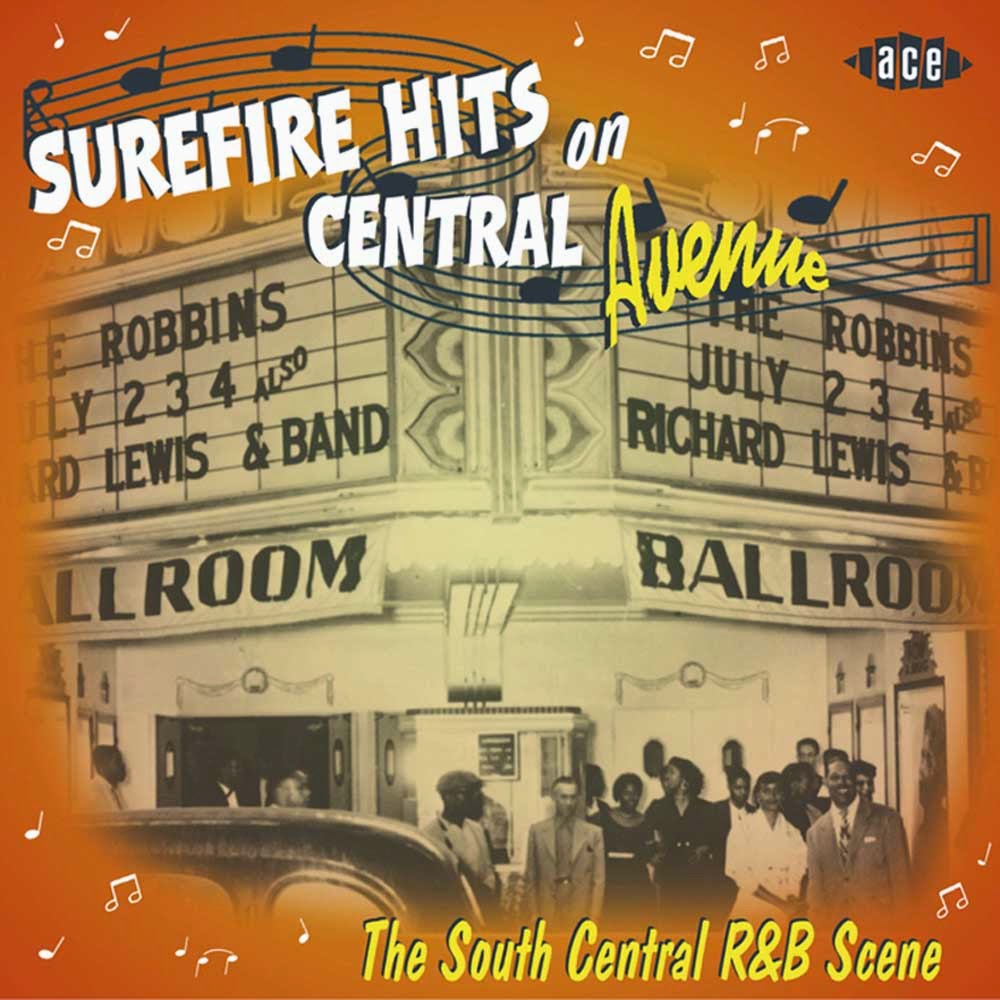 Back in 1960, when Cry For a Nickel… takes place, Los Angeles was a musical paradise. Teenagers, white and black, were listening to the likes of Johnny Otis and Little Richard and rhythm and blues radio d.j.’s like Hunter Hancock and Huggy Boy, maybe even going to the El Monte Legion Stadium on Saturdays nights to hear Don Julian and the Meadowlarks and Little Julian Herrera. It also had a lively jazz scene, even though it was a period that, just a few years before, had witnessed the demise of the Central Avenue club scene, once described as the Harlem of the West. Of course, these days L.A. is the entertainment capital of the world, but in 1960, smart record company hustlers, like Kim, had figured out that whoever controls the music might one day be able to call the shots, and, who knows, maybe even control the culture. What crime boss wouldn’t want to get in on that kind of action? But one false move and you’re bound to sing the blues. After all, if you cry for a nickel, you will most definitely die  for a dime.