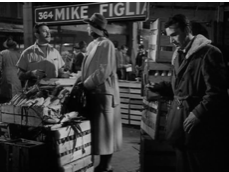 Straight outta anywhere but here, the old man
sharecropping a suburban kitchen, disfigured,
yet crooning now that it's over and everything
once was might be again. Though not likely.
Yet all things virtuous, a future daughter-in-law
too waspish to be true. And even a legless prole
deserves to drink from that cup of trickle down
drivel, his life sipped from neither wine nor
oranges, but Big Valley apples juiced by way
of Santa Rosa. Though suffering from a case
of immigrant labour amidst vines of a war-
weary victory garden, his son has done his bet,
so can flex those patriarchal muscles, rough-
riding the old man's battered truck to Frisco,
where a delicious hooker, with a seductive
accent and dockside wherewithal, awaits him.
Where lurks the dreaded middle-man, scamming
neophytes, without just desserts or even brakes,
compounding a profit margin out of cigar smoke
and thin air. Clichés ripped to shreds, for patriotic
naifs, squandered in a world where peace is simply
war by another means, warped by market forces
and heavy traffic. Where carts upend all things
criminal, every road is a dead end or dangerous
curve, every apple, perfectly rotten, upended,
spilling fear onto the highway, in a pre-TV world
already global in its take-what-you-can intensity. 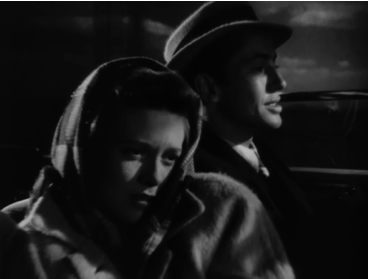 The inevitable, unlikely to be so black and
white, or romantic. But at 16 cents a gallon,
you could drive all night, as far as the eye
could blink, and then some, all the while
espousing a healthy disregard for more than
you could shake J. Edgar's shrivelled stick at.
Doing hard time in Hollywood, Anderson's
soft-sell proletarianism was fair game, purchased
by Quick Millions at Paramount for $500. Then
Blood Money, hedging the rights and script to
RKO for ten grand. It was wartime, and the
odious Breen detested stick-up man T-Dub's
insistence that bankers, politicians, and police
are just "thieves like us." A sense of honour
amongst... they rarely deserve. As they tangoed
amongst the tombstones, New Deal radio-man
Nick Ray was said to have alchemy in his blood.
Pacifying the enemy, retitling it, Little Red
Wagon, then I’m a Stranger Here Myself, before
enforcing his democratic instincts. And the
soundtrack, a collage of the era’s music and
radio dramas, around which the film would
revolve, reduced to snippets and an atmospheric
love story, summed up in the caption: "This boy
and this girl were never properly introduced to
the world we live in." What world would that be?
And who amongst us has...? Not Anderson.
Grafting, at $30 per week as a Fort Worth
journalist, requested money should the film be
successful, was tersely rejected by Hughes, with
only function and drift his future. Twenty-five
years later, Altman restored the title, but neither
the flaws nor the lyricism. Reaching into
the past, so near the future, too soon, but so
far away. Even if these days, regardless of the
world, no one, near enough, would even bother.

Posted by Woody Haut at 5:39 PM No comments: