From: From the Regional to the Universal- On Larry Brown's Tiny Love: The Complete Stories 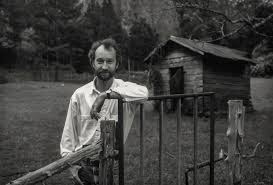 THE USE OF THE TERM regional writer often has as much to do with class as with geography. Used and abused in equal measures, the term normally applies to those, usually from the American South but sometimes simply from outside metropolitan publishing areas, who, for one reason or another, have been neglected or who don’t fit comfortably in the predominant literary canon. The term has certainly been used to describe Larry Brown, whose stories and novels are set in and around Lafayette County, Mississippi, a terrain Brown shares with an inordinate number of writers past and present, from William Faulkner to Donna Tartt and Barry Hannah. Although such a description barely does Brown justice, it nevertheless remains a relatively anodyne category, along with dirty realist, Southern Gothic, or country or grit noir. After all, geography has little to do with literary quality, and there are only a limited number of categories one can deploy to sell and market books.

That Brown worked for several years as a fireman in Oxford, Mississippi, while casually laboring at a variety of blue-collar jobs also seems to have played a part in promoting, if not explaining, Brown’s writing career. Needless to say, Brown didn’t suddenly appear as a full-fledged writer, but spent some eight years honing his writerly skills before he was able to sell his first story. All of this suggests that any attempt to categorize Brown simply as a regionalist is not only a kind of geographical ghettoization, but a dubious attitude regarding a working-class writer who subjected himself to the trials and tribulations of learning a skill that relies on one’s brain.
Yet Brown’s writing — honest, direct, and evocative of the region — was a breath of fresh air when his first collection of stories, Facing the Music, appeared in 1988, followed the next year by his first novel, Dirty Work. That he came to writing late, without any institution of higher learning to dictate to him the ideology of good writing, was to his advantage, allowing him to appraise his new vocation with the eyes of someone who knew something of the world and his particular part of it. He therefore ventured into a terra incognita of literary concerns not on a whim, but as an act of faith that would turn into a relentless endeavor, aided by an interest in a small band of outsider practitioners that included Flannery O’Connor, Cormac McCarthy, Charles Bukowski, and Harry Crews. To the last, Brown would devote a chapter of his 2001 book of essays, Billy Ray’s Farm, as well as his novel Fay the following year, calling Crews “my uncle in all ways but blood.” But Brown, whose output would eventually include two volumes of stories, five novels, a memoir, and a book essays, was sui generis, able to dance around any pigeonhole or literary hero. That did not stop the inevitable comparisons to other regionalists, whether the literary (Faulkner, O’Connor, and Eudora Welty) or the low-down (early Jim Thompson, George Milburn, and James Ross, besides more contemporary equivalents, like Crews, Charles Portis, and Daniel Woodrell).
(You can find the remainder of the article at the L.A. Review of Books website.)
Posted by Woody Haut at 3:53 PM No comments: