Behind the Writing Days of Smoke

Days of Smoke, my latest novel from Concord ePress, takes place in Los Angeles and San Francisco in that  notorious year 1968.  Though it's a half-century in the past, 1968 remains a year in which, for a brief moment, political change seemed almost possible. But it was also a year in which the media and other commercial and corporate concerns, sensing that cultural drift and the market it could create, began in earnest to co-opt the so-called counter culture, to profit from it and so neutralise any radical edge it might have once possessed. 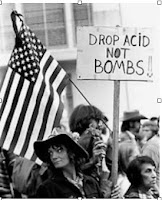 While young people were protesting against the Vietnam war,  living communally and experimenting with drugs, their ersatz lookalikes were suddenly popping  up on billboards and TV, advertising products ranging form Levi jeans to Volkswagens. It wasn't uncommon for record company executives, now sporting sideburns and hair below their collars,  to throw relatively large sums of money at any rock band with a catchy name. Even politicians, to pursue votes by appearing  in step with the era, were deploying words and phrases previously the exclusive province of  students, dope smokers, acid heads and civil rights activists.  As for the opposition, it was a year in which post-Goldwater Republicans, fearing their ability to regain power might be slipping away in this  apparent cultural shift, realised the empire needed to strike back, so began to put together a long-term strategy, perhaps best articulated in the Powell Memo of 1973, a strategy that would bear fruit a decade later. 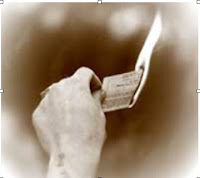 No doubt about it, 1968 witnessed some earth-shaking events. Not only was the war  intensifying, but, at home, assassinations were becoming all too common. In April,  Martin Luther King was gunned down in Memphis, leading to disturbances in a number of American cities. In June,  Robert Kennedy was killed in Los Angeles. Both deaths would affect the political landscape at the time and for years to come. Add to that the rise of the Black Panthers and student uprisings not only in America but around the world, not to mention the police riots that summer  at the Democratic convention in Chicago, which set helped the stage for the election of Richard Nixon that November.

Even though the Summer of Love had come and gone, young people still flocked to Haight Street in San Francisco and the Sunset Strip in Los Angeles, seeking that previously forbidden elixir of drugs, sex, and rock n’ roll. Yet the pollyannaish optimism of the previous year  was already draining away, replaced by hardened, street-level attitudes and confrontations. There was, to quote Dylan, music in the cafes at night and revolution in the air, but with the Panthers, Yippies and Diggers pushing for political change, slogans like Make love, not war, and Turn on, Tune in and Drop out, were discarded in favour of in-your-face declarations like Off the Pig, Free Huey, Bring the War Home and Eldridge For President. As for those polymorphously perverse streets, they were now populated by drug casualties, dealers, homeless teenagers, disgruntled black youths, vets bearing the mental scars of the war,  sexual predators, charlatans, bikers and lumpen weekenders.

It’s this side of 1968 that Days of Smoke attempts to recapture. In a sense, the year itself  could even be said to be the protagonist of the novel. At least in so far as how the forces at work in that year impinge on the novel’s two main characters, Mike Howard and Connie Myles as they make their way through the wreckage, moving from Pasadena to San Francisco, on the run from the law while, at the same time, negotiating what has become an increasingly paranoid existence.

Anyone familiar with my previous novel, Cry For a Nickel, Die For a Dime, might remember a ten year old Mike Howard. In Days of Smoke, he’s nineteen and a reticent but accomplished musician who washes dishes and sometimes plays music at The Copper Kettle, a Los Angeles coffee house and music venue, based on L.A.’s one-time home of traditional music and political meeting place, the Ash Grove. To avoid the draft and ending up in Vietnam, Mike has declared himself a conscientious objector. As the novel opens, he is hoping to convince his draft board that he's  a pacifist, even though he's not sure the  term is really applicable in his case. It’s at the draft board office that he comes across Connie, employed there as a secretary despite hating the war, not to mention her co-workers. Mike has no way of knowing that on the evening of his appearance at the draft board, Connie will take his file home and burn it. Meanwhile Mike, seeking to forget what went on earlier in the day, spends the evening consuming a cocktail of vodka and marijuana, before passing out, waking up to find his beloved Kettle has been set alight. 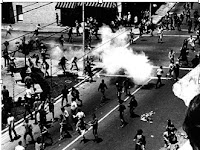 Though Days of Smoke seems to revolve around Mike, it’s Connie’s novel. And it’s the real Connie to whom the book is dedicated. If for no other reason than the Connie-of-the-novel is how I imagined the young secretary I happened to encounter at the Pasadena draft board where I appeared in that same year to argue my case to become a conscientious objector. Some months later, awaiting the draft board’s decision- one I would never receive- I came across a news item in the local paper to the effect that a young woman working at the draft board had been arrested for destroying draft files.

It happened so long ago I sometimes wonder if I just imagined it all.Which wouldn't have been surprising considering that particular time and place. After all, back then a very thin line separated the imaginary from the real.  Which was the case on a personal as well as political- "all power to the imagination"- level. Of course, that meant, on the one hand, anything might be possible, while, on the other hand, it led to a certain naivete regarding society's ability to subsume anything that might threaten its stability.

Days of Smoke attempts to depict some of that year's events, not least of which  the assassination of Robert Kennedy, as well as issues that were discussed at the time, such as what kind of change might be possible, how best to achieve it in a consumer-driven culture. Fortunately, the novel’s misguided militant group Hard Rain is entirely fictitious, though at the time there was no shortage of similar political groups and communes, invariably led by some charismatic charlatan, Charles Manson being just one of many, prepared to take their acolytes to the brink. All, of course, to a soundtrack of the Beatles, Stones, Dylan, Hendrix, Otis and Sly, their words parsed within a haze of marijuana smoke resulting in an array of political possibilities, some good, some bad, and some extremely ugly. 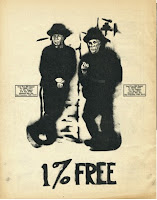 As the title implies, there seemed to be  smoke everywhere, in the form of a pre-revolutionary joint, post-coital cigarette, the fog and smog, as well as that which accompanied arson, incendiary devices and police tear gas. Not to mention all the smoke America created in Vietnam by bombs, napalm or defoliants. To see through all that  smoke could partly be what Days of Smoke is about. And it could even be said the book itself exists in its own kind of haze: part fin d’epoch novel, part noir coming-of-age novel. Though Days of Smoke depicts the dark side and paranoia of 1968, it hopefully  also recalls the passion, idealism, politics and naivete of that particular time.  The cliché is if you remember the sixties you weren’t there. Although it was fifty years ago, I was there, and remember what went on all too well. Which is not to say that it doesn't at times seem like a dream. But a dream that, despite its nightmarish side, and for the sake of the courageous few, who, like the real Connie, put themselves on the line, should not be forgotten.

Posted by Woody Haut at 4:15 PM No comments: