Please Mr. Postman: Meanwhile There Are Letters: The Correspondence of Eudora Welty and Ross Macdonald, ed by Suzanne Marrs and Tom Nolan

I was just finishing Kevin Avery's excellent biography of  critic Paul Nelson when, appropriately enough, Meanwhile, There Are Letters, covering  the ten-year plus correspondence between Eudora Welty and Ross Macdonald (Kenneth Millar), arrived through my letter-box. Appropriate, because Nelson was, like Welty, a long-time advocate of Macdonald's work, having met the writer at his home in Santa Barbara where he arrived in 1976 to conduct one of those interminable interview sessions, this one lasting a week, for which Nelson was so famous.

Appropriate also, because Nelson, writing in the early 1960s, was the first person I'd come across who dared to cite the likes of Chandler, Hammett and, later, Macdonald, as constituting an important strand of American cultural life, tied inextricably to other strands, whether (the Harry Smith Anthology, Woody Guthrie, string band music, jazz, etc.), film (John Ford, Godard, Sturges) or art (Robert Rauschenberg, Pollock). 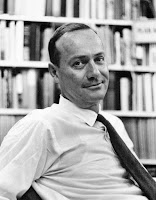 I don't know if I was actually introduced to Macdonald's work  through Welty's review of The Underground Man that ran in the New York Times back in 1971, a review that also brought Macdonald to the "legitimate" reading  public, and also an event that more or less kick-starts Marrs and Nolan's excellent collection. I think I probably had read  Macdonald before that review appeared, but Welty's piece probably turned what had been a guilty pleasure into what would eventually become a literary pursuit. As mentioned, I'd already been reading Hammett, Chandler and Himes, though perhaps it was simply a case of not being sure I was meant to be quite so obsessed with those writers and their work.  I don't know if Welty's article legitimised that pursuit, but it certainly widened the parameters by which I could appreciate such writing. 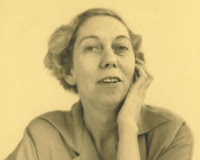 The letters that comprise this volume are further evidence to the manner in which those strands of the culture that Nelson had been referring to all those years ago, have played out. Thanks to Tom Nolan's previous ground-breaking biography of Macdonald, I knew of the Millar-Welty correspondence, but, until this volume, had never fully appreciated the depth or scope of it. What begins has a simple exchange of fan letters quickly blossoms into something entirely different. These letters, which of course often crossed paths and took several days to reach their cross-continent destination, addressed a range of literary subjects- both shared a love for Ford Maddox Ford, Elizabeth Bowen and Fitzgerald- and themes, not to mention personal matters, including tragedies like the death of the Millars' daughter, and politics, whether the war in Vietnam, Welty's obsession with Watergate or her White House meeting with Nixon (she hated having to shake his hand).

To intensify matters, Millar and Welty met face-to-face on only a few rare occasions. Not only were they separated by geography- Macdonald in Santa Barbara, Welty in Jackson, Mississippi- but by genre- Welty a recognised "literary" writer, Millar a crime writer by default who, to paraphrase, sought to work in the depths of darkness, to work  his way up to the light- and personal circumstances-  Millar was married, uneasily yet committed, to Margaret, a well-known crime writer in her own right, while Welty was single.

A platonic but passionate love-affair at long distance, the correspondence last over a decade, halted only when Millar contracted Altzheimers- the symptoms  he first encountered while  trying to recall events during Nelson's marathon interview- and even then Welty continued to write in the hope of jogging her friend's memory. In all, it was extraordinary correspondence relationship, as innocent as it was intimate. While it might surprise some that Millar had such wide literary tastes, serious Macdonald readers will be familiar with not only his knockabout youth and subsequent obsession with fathers, but that he possessed a Ph.D. with a dissertation on Coleridge,  humane politics, environmental concerns and a range of interests, much of which surfaced in his fiction. At the same time, Ross Macdonald readers might be surprised  that Welty, as well as being a renown writer of stories and novels, was an excellent photographer, who had worked for the WPA, with at least two volumes of photos to her credit. 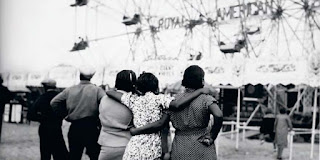 "In the deepest sense we could never be out of touch," writes Welty towards the end of Millar's life. While Millar was suffering, his wife, Margaret, was  having health problems of her own. Aware of the depth of her husband's relationship with Welty, Margaret could often be cruel and cutting in her comments, not only to her husband but to Welty, saying at one point, "When Ken is away, of course I open your letters to him, but only to see if there's anything in them he needs to be informed about." Welty adds, " I don't know why she told me that, but- I don't think she'd have ever found anything in any of them to give her pause." The final Welty letters are heartbreaking. Likewise, her  story, Henry, which appears as an Afterword, and alludes to Millar's condition and her feelings towards him. Any serious reader of Ross Macdonald or Eudora Welty can't fail to appreciate this volume, for which we not only have Macdonald and Welty to thank, but Suzanne Marrs and Tom Nolan who painstakingly put together this illuminating collection.
Posted by Woody Haut at 4:13 PM 6 comments:

Published in 2008, Kent Harrington's The Good Physician is arguably the best of the post-9/11 crime novels. The author of two contemporary noir classics, Dia de Los Muertos and Red Jungle, Harrington is adept at creating believable characters and ever-tightening plots in which choices are gradually narrowed down to their existential essentials.

That Harrington opted to publish The Good Physician with Dennis McMillan's rather than try his luck with a mainstream publisher, is interesting in itself. I don't know if that was a conscious choice on Harrington's part, though it wouldn't surprise me to learn the book might have been too hot for mainstream publishers. It's not that it's politically radical, though it is radically humane. As Michael Connelly says in his touching afterward, "The book has a painter's soul and a terrorist's conscience...[Don't] we wish we all had the same journey, to a place where one choice could vanquish all the wrong we have done before it."


The Good Physician centres on a young doctor, Collin, who, after 9/11, wants to make a contribution to the war on terrorism, so signs up as a CIA doctor in Mexico City. There he is called to witnesses various acts of torture, which, as a doctor, he can't abide. In fact, all Collin really wants to do is paint. At the hotel where he lives in true artist fashion, he falls in love with a woman who has suffered an immense loss and is ready to pay the ultimate price while, at the same time, inflict the ultimate damage for her loss. At the same time, the doctor is also treating the wife of the head of the CIA office in Mexico. That man, Alex, who also appears in Red Jungle, The American Boys and Harrington latest The Rat Machine, is effectively Collin's boss. Not without a degree of humanity, he has, through the work he does, become hardened to everyone other than his wife.  When reports have come in that a bomb is passing through Mexico into the US, and Alex and his fellow agent have to stop it, and will do just about anything to do so.

One can imagine Hammett, had he lived into the 21st century, perhaps writing a book like this. It's world-weary like Hammett, but not cynical. It's about loss, but not without hope.  And, of course, it's also one of the best noir-oriented novels I've read for a quite a while. I'm only seven years behind the curve on this one,  but it was worth the wait.
Posted by Woody Haut at 6:06 PM 2 comments: