"The city would build up and out after the war. The war gave him L.A. ablaze with crazy purpose. The war let him love L.A. one last time as it was."  Perfidia, p. 574

Perfidia: nearly 700 pages of hyper-driven narrative, forensic detail, fevered declarations and musings populated by a cast of warped and obsessive individuals in Los Angeles, December 1941, before, during and after the bombing of Pearl Harbor. That about sums it up, and, to my surprise, I found Perfidia, despite initial misgivings, to be an interesting, provocative, even innovative novel from a writer whose recent work has been, to my mind, disappointing. Yet I still highly rate his work up to and including American Tabloid, which, for me, constitute one of the major post-Chandler revisions of the genre, not only because of their narrative power, but in their portrayal of male anxiety in an era of trickle down economics, political correctness, feminism, hegemonic decline, not  to mention Ellroy's psychogeographical (with an emphasis on psycho) portrayal of his native city. 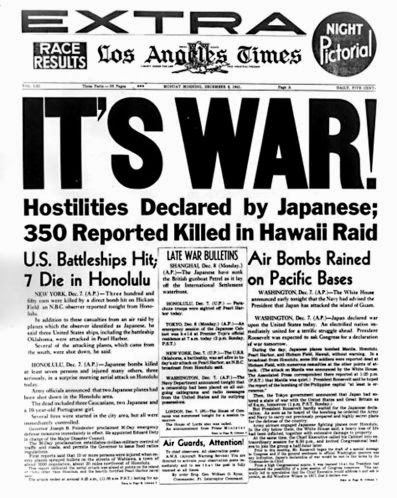 For me, novels like The Cold Six Thousand and Blood's A Rover were too dispersed and lacked the edginess and personal investment of Ellroy's earlier fiction. Maybe he'd grown complacent, or had become too reliant on his own hype and image, which tended to play into the hands of Hollywood producers and readers seeking surface thrills over noir substance. It wasn't so much that he was beginning to parody himself as lost in a world that wasn't quite his own, one not nearly as personal as that which formed the backdrop of earlier fiction. Even My Dark Pages, despite it subject matter, seemed more distant and less interesting than his The Black Dahlia, the central event of which stood in proxy for his mother's murder. Then there's the matter of Ellroy's writing style: the condensation of his sentences into police reportage and sound bites, his machine-gun, often comic book, prose. Not to mention those films which were, at best, mediocre and, at worst, barely watchable.


Such was the hype and adulation that it seemed too easy to criticise or characterise him, or even write about him. In a sense, Ellroy as a commodity had become so over-inflated, if not over-rated, that he was looking distinctly underrated, or, at any rate, appreciated for the wrong reasons. Which is partly why I was interested in reading his latest. Or it could be I was just curious to see if Ellroy had changed tack. So I approached Perfidia with low expectations, but intrigued that he was going back to the period prior to when the L.A. Quartet takes place, with characters from those and related novels.

Yes, Perfidia's length makes it a long slog, but then Ellroy, never one to do anything by half-measures, has always sought out sufficient space to spin out his narratives. And this one is as narratively complicated as anything he's written. Moreover, in terms of style, Perfidia is something of a compromise between his earlier hard-hitting prose and the short sharp shock-prose of his later fiction. One could even say that Perfidia, mixing historical data with Ellroy's off-centered take on the world, is modernist crime fiction with a vengeance.  It's also quite a political novel. Or, at any rate, it takes place within a political context. Though Ellroy's novels have always been, in a sense, political, albeit from a libertarian point of view. But, then, how could a novel about the treatment of Japanese-Americans post-Pearl Harbor, not be political, particularly with obvious comparisons to 9/11 and its aftermath, with Japanese Americans rather than Muslims the objects of public vitriol. 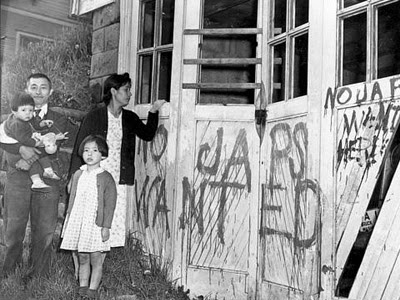 Though Perfidia has a large cast of characters, it revolves around the complicated adventurer and informer  Kay Lake. Smart enough to critique the prevailing LAPD ethos- The lie that  race defines human beings. The lie that dissent defines sedition....The definitive lie of fearful hatred."- and, on the other hand, add a Ballardian end-times perspective when, looking out on Sunset Blvd from her apartment, she says, "Sirens would sound; the city would go dark within moments. I wanted to be here for that." It's Kay's journal entries that provide the glue which holds the novel together. But don't expect logic or clear thinking from Kay, who is as obsessed and weird as Perfidia's  other characters, from the Japanese American forensic cop Hideo Ashida who must negotiate the dangerous post-Pearl Harbor landscape (according to crime writer Naomi Hirahara, a Niesi on the LAPD in 1941 was highly unlikely), to Dudley Smith, already a encrazed force of nature; and the deranged William Parker some years before becoming LA chief of police. And if only a fraction of what Ellroy writes about Parker is true, no wonder, under his reign, the LAPD would go on to have such problems. 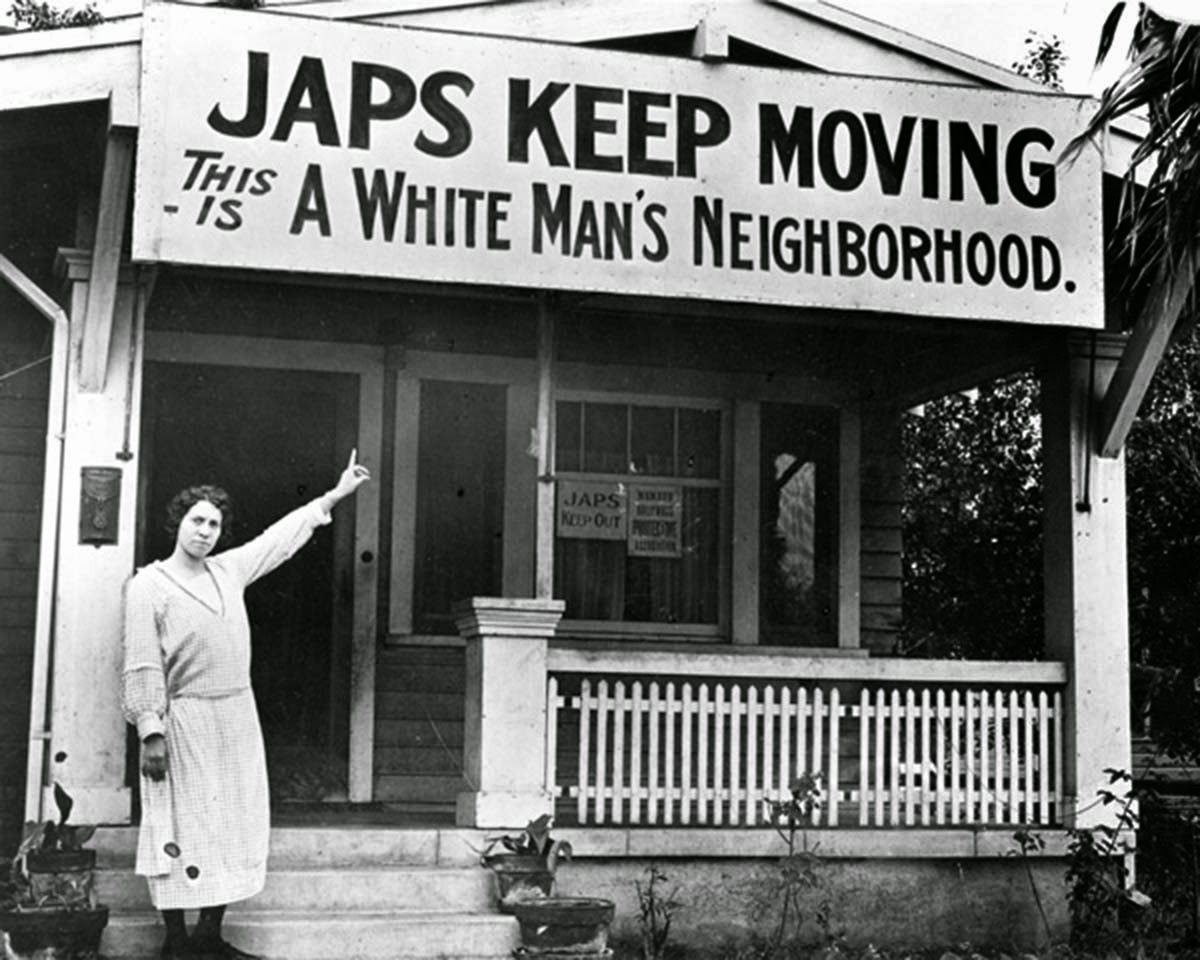 Since it takes place prior to the L.A. Quartet, it, of course, works overtime to adds substance and backstory to the latter. Though knowing what we know, it might be hard to countenance Dudley Smith's intimacies, one has to remind oneself of that fact.  Written in what Ellroy describes as real time (as opposed to what, unreal time?), Perfidia cuts a thin line between history and the author's jump-cutting imagination. That the book lacks suspense isn't surprising, since Ellroy has shown little interest in the whodunnit aspect of crime fiction, opting instead for rambling, complex character-driven narratives. So there's barely any point speculating on a given perpetrator, because, in Ellroy's world, everyone is, to one degree or another, guilty, and, in any case, he's more intent on putting across his particular view of history, which, as he sees it, is created by events that conflict with obsessive and paranoid personalities. Conspiracy?  What else is there?

Filled with evidence of human weakness, fallibility, duplicity and capitalist land-grabs, politely known as redevelopment, Perfidia, as much fiction as fact, evokes an era and society torn apart by fear, racism and nationalism. Written in Ellroy's typical pulp prose, sometimes poetic, sometimes tedious, repetitious or excessive, but always in the vernacular, Perfidia moves from grand gesture to apocalyptic banality. With its strengths and weaknesses are intertwined,  the novel began to run out of steam late on, at the point when Dudley and Parker form a pact,  after which Kay's journal seems to take a dive plot-wise. And what on earth is Ellroy's obsession with starlet lookalikes and surgical makeovers, which seemed to have cropped up in earlier novels? Nevertheless, Perfidia is definitely  a novel to be reckoned with, and a welcome return from the author's sojourn into gangsterland. One thing for sure, Ellroy knows his history, allowing him to "love L.A. one last time as it was." And to demonstrate that, whether before, during or after, the city was, for many, never the most comfortable place to be. And there are three more novels in the series to come. As rightwing cop Carl Hull says to Dudley Smith, "The real war starts when this one ends."

A Dirty Baker's Dozen: My Thirteen Favorite Crime Novels of 2014

Not necessarily the best, but my favourites of 2014, in no particular order, with links to my reviews where applicable:

- Half World by Scott O'Connor (Scribe)

- There Ain't No Justice- by James Curtis (London Books)

- A Spy Among Friends by Ben Macintyre (Bloomsbury)

- Of Cops and Robbers by Mike Nicol (Old Street)

- The Mad and the Bad by Jean-Patrick Manchette, trans by Donald Nicholson-Smith (NYRB)

- Spouses and Other Crimes by Andrew Coburn (Stark House)

The Man Who Loved Dogs by Leonardo Padura (Bitter Lemon)

The Getaway Car by Donald Westlake (University of Chicago)


An annotated version of this list can be found at the L.A. Review of Books.

Posted by Woody Haut at 4:28 PM No comments: