Do Not Sell At Any Price- The Wild, Obsessive Hunt for the World's Rarest 78 rpm Records by Amanda Petrusich 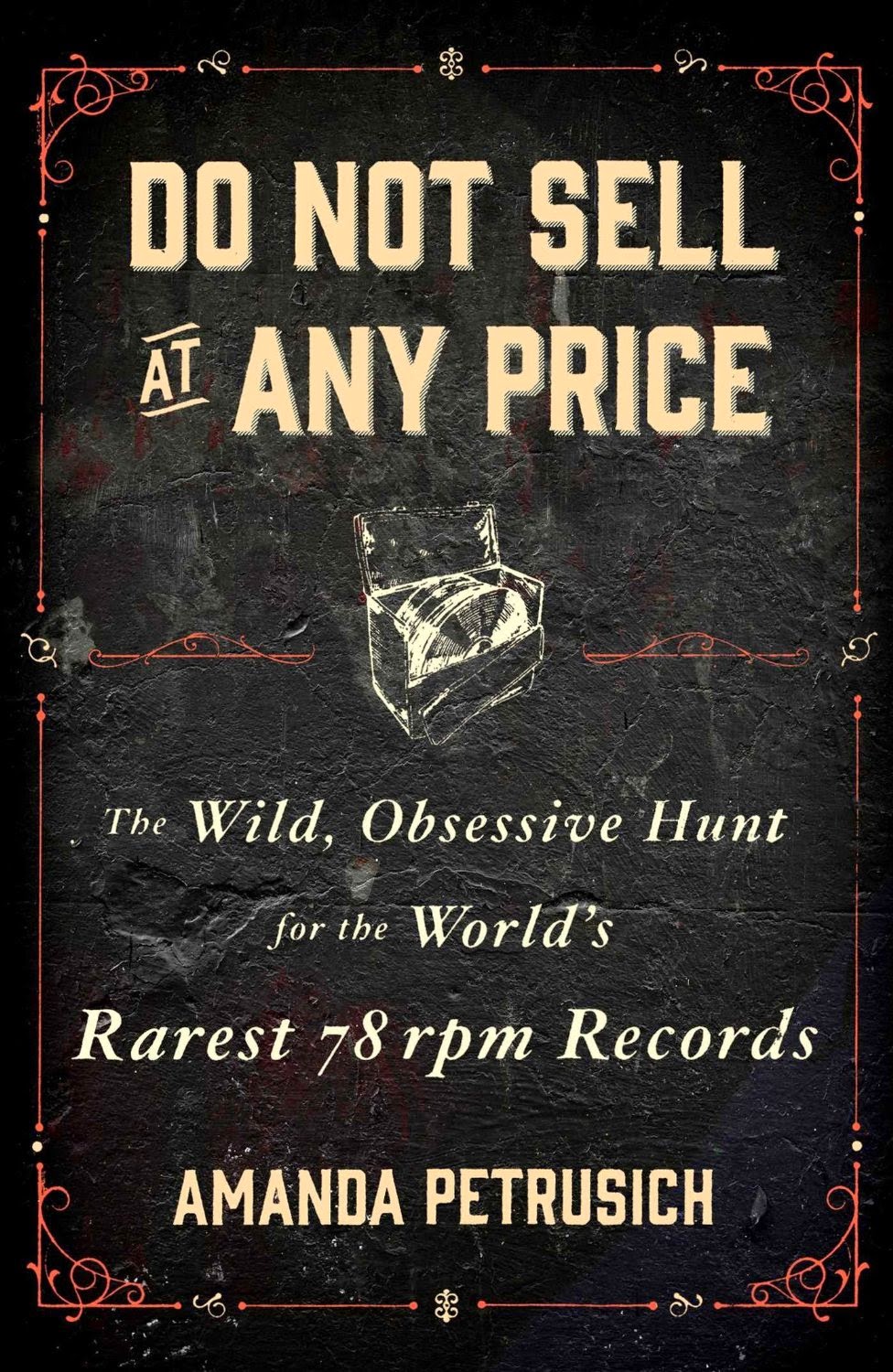 I  admit it, I'm a bit compulsive, particularly when it comes to vintage blues, early string band, jazz and country recordings. But to be honest, I've spent most of my adult life trying to avoid collecting 78s of those genres, because I know once into it, I'd never find a way out, and collecting would probably overtake my life as it has those of the collectors and anthologists Amanda Petrusich writes about in her excellent and highly readable book. No, I prefer to get the music in whatever form I can- 78s, 45s, LPs, CDs or MP3s. As the subtitle of her books states, Petrusich takes us into that strange world of the 78 collector. Deploying her own brand of populist, even chatty, prose, honed in periodicals like the New York Times, Atlantic and the Oxford American, and in her book It Still Moves: Lost Songs, Lost Highways, and the Search for the Next American Music, Petrusich tracks down the likes of John Heneghan, Chris King, Joe Bussard, Ian Nagoski, Richard Weize, as well as expounding on legendary collectors like  Harry Smith and James McKune. Not exactly household names, but well-known to those into the music and of interest to those who would like to be.

On a personal note, I'm glad I didn't read Petrusich's book  before writing  my novel Cry For a Nickel, Die For a Dime, which features a group of 78 blues collectors, one of whom is loosely based on the infamous and highly eccentric McKune. The fact is,  I've long been interested in 78 collectors, going back to a misspent youth hanging around places like the Ash Grove and  Don Brown's Jazz Man records in Los Angeles, where the likes of  John Fahey, Barry Hansen and Bob Hite would congregate to talk and plough through the new arrivals. I knew McKune's name batted around- heard that he was pretty weird, something of a recluse and so on, but didn't know much about him. That is until I read Mary Beth Hamilton's In Search of the Blues, in many ways a precursor to Petrusich's book, though the former concerns those who searched out rural blues singers, made field recordings, as well as those who collected the music. So while Hamilton's book was certainly an influence, had I read Do Not Sell... book before writing my novel, the two books together would have probably pushed my narrative in another direction altogether, albeit with a greater concentration on historical and discographical accuracy. 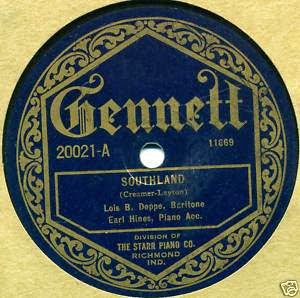 Of course, Petrusich and her pals are right when they say there's something special when it comes to listening to 78 rpm records. It's not only the time-travel element, but something about the sound itself, both intimate and unfiltered. Though I suspect this has something to do with concentration. That one naturally gives more attention to a single recording than to a string of recordings as when one listens to an LP or CD, where one's attention tends to dissipate over time. But that's technology for you, a factor that's played a part since the advent of the LP. I remember a critic in the 60s magazine Little Sandy Review saying one should listen to no more than three or four tracks of any blues artist on an LP at a time; otherwise it represents a false impression of how they would have presented their music to the public. Be that as it may, these days, as Petrusich points out, one can stick the entire Harry Smith Anthology into an MP3 player, and, with the shuffle mechanism, destroy any semblance of Smith's careful, if strange, sequencing. But, then, that was pretty much the case back when Columbia put out the Robert Johnson box set, which, when it appeared, disrupted the sequencing of earlier releases, which themselves were sequenced artificially. Which only shows that it's all artifice, from the moment a recording is made to the technology by which it reaches the listening public.

For me, Do Not Sell... is most interesting when the author talks to the collectors themselves- whom Petrusich likens to detectives and investigative journalists in their pursuit of their prey- and the music to which they are devoted. Of lesser interest are those moments  speculating about why people collect 78s. Nor is it all that astonishing to hear that collecting is a predominantly male pursuit. But I think Petrusich realises as much. Likewise, she can't quite convince herself that collecting might be a sign of a Obsessive Compulsive Disorder or Aspergers, concluding that, in most cases, it's simply an addiction, one that appeals to, or creates, eccentrics. 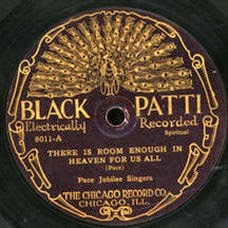 That such collectors have shaped our musical memory, if not our taste, is beyond doubt. But as Pestrusich points out, many of these collectors are blinkered when it comes to the value of more recently recorded music. As though cocooning themselves in a different time, and putting some distance between themselves and a music that, in many instances, was considered dangerous, will give them a degree of protection or take them back to a simpler, more comprehensible world. Petrusich wonders if in fifty years time the same sorts of people will be gathering to collect and listen to hip-hop, with time having turned it into something less threatening and subversiveness. Which is why it's refreshing when Petrusich comes across someone who can put the ethos of the collector in perspective. Ian Nagoski, responsible for the anthology To What Strange Place: The Music of the Ottoman-American Diaspora, 1916-1929, puts it this way: "Some people are just really good at listening to records... When you get to a certain level of knowledge, and can pass that along to people, that's really exciting and really beautiful...I see that in 78 collectors over and over again- they're dying to express, to someone..., how beautiful the whole thing is...[These] guys are definitely discontents in a Freud's Civilization and Its Discontents kind of way. They're looking at the world and seeing it as untenable. The world is sick. And yet here is this thing that affirms that there's something about it that's beautiful. But it's forgotten, or lost, or separate from day-to-day reality. But if you could put it back together, then you could reconstruct this gone world, this kind of life that was once worth living, make that into your own life, and then it would be okay or tolerable for you." 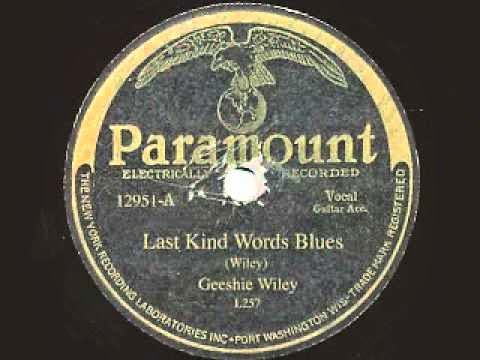 Though she searches for some kind of platonic ideal regarding collectors and the process of collecting, Petrusich never really finds it. After all, collecting is anything but objective, it criteria varying with each collector according to their idiosyncrasies. No point searching for such forms when it comes to aesthetics or the value of artifacts. They are what they are. The result is what our culture has made it, not what it could or should be. Petrusich can't be faulted for her search, even if she never quite determines whether those artifacts are the result of aberrant visions, whether they are culturally determined, or simply fixed by the woof and warp of character. This even though most of the anthologists, in contrast to Harry Smith, would seek to remove themselves from the context of their anthologies, as if that were possible. Anthologies are skewed regardless. Moreover, what is collectible (or anthologisable) these days is often be the converse of what was popular when first released. But, once again, so what?  If one likes Skip James- who certainly was an anomaly- one simply likes Skip James. One hopefully doesn't collect his records based on their popularity or lack of, or by their monetary value, not unless you value them simply as commodities.


So Do Not Sell is as much about Petrusich as it is about the records and the music. But her conversational tone and self-deprecating humour are used to great effect when it comes to describing the music and the listening experience, which helps make the book accessible to those who might not be familiar with the music. While I initially found her personal asides slightly annoying, such as the section in which she describes learning how to scuba dive in order to search for some Paramount 78s that might have been dumped in a river outside the company's pressing plant some eighty years ago. But in fact the episode is not only very funny, but exemplifies the extremes to which collectors, or would-be collectors, will go to get their hands on a box of priceless 78s. Moreover, it shows that the days of the neophyte getting in on collecting 78s are over, which means that Petrusich has to content herself with accompanying collectors as they track down records. Perhaps the most comprehensive section is the chapter on Harry Smith and his influential but never equalled 1952 Anthology of American Folk Music. Petrusich maintains the Anthology, with its esoteric sequencing and hermetic packaging, can be likened to an aural poem whose meaning constantly awaits discovery. She  wonders what it must have been like to have heard the Anthology fifty years ago, before MP3's,  Dylan, the Beatles, and all that followed, including the advent of meaning as such. I can try to answer her question, since I first heard the Anthology a bit over fifty years ago, and can say listening to it was a daunting experience and hard to comprehend  in its entirety, but at least it was free of the cultural baggage it has since acquired. Spurred on by listening to the New Lost City Ramblers, Doc Watson and Clarence Ashley, etc., I would diligently trek to the library to listen, one side at a time. When I finished, I went through it again and again. While the music has stayed with me, I never actually owned a copy until its reissue on CD in 1997. And even then, because of the hype that would surround it, I don't think I listened to it all that much. But while reading Petrusich's chapter,  I returned to the Anthology, and, not surprisingly, it sounds better than ever. That in itself is enough reason to read Petrusich's book. It's going to almost anyone hungry not so much for 78s-as-objects but for the music contained on those 78s. Sure, I would have liked the book to have been more hardcore in its pursuit of collectors and their records, but I doubt if  I was the reader it was aimed at. But even a hardened listener like myself couldn't help but be charmed by Petrusich's willingness to get to the music by any means necessary, whether learning to scuba dive or riding shot-gun with an assortment of shellac-junkies.
Posted by Woody Haut at 6:19 PM 1 comment: