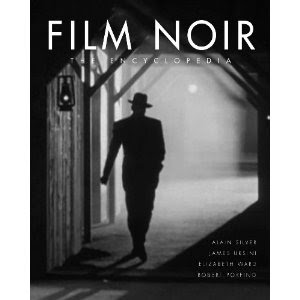 Of course, I have, in the past, ruthlessly exploited earlier editions of this book. Want a plot for a film you’ve never seen or dimly remember? Look it up in Film Noir: The Encyclopedia. Want a critique of a film that you can't quite articulate or recall? To jog your memory and critical faculties just check out what one of the critics in the Encyclopedia has to say on the subject. On the other hand, I have rarely used the Encyclopedia to look up post-1960s films. The reason is simple: I’m one of those purists who think that, other than the rare exception (e.g., Friends of Eddie Coyle, Chinatown) film noir does not really exist after the 1960s other than in a bastardized form, whether as pastiche or nostalgia. Part of the weakness of the present edition recently published by Overlook Press (Duckworth) is its concentration on “neo-noir” films. Though I can see the reasoning for this. After all, it increases the book's appeal, accessibility and saleability. I also have issues with the printing job which, to me, isn't quite up to the standard set by previous editions. On the other hand, there are more visuals here- posters, stills, etc., even if they are not as well presented as before. But what the hell, we’re living through the sequel to the Great Depression, so I guess one shouldn't be too choosy. But on closer examination, where are those great indexes the previous volumes contained, to which I referred to so often. In the present volume, there is just a general index, a chronology and another based on studios. But what about the ones in the previous editions based on writers, directors, producers, actors and cinematographers that proved so useful to a historian-manque like myself? Though there are definitely more films covered. And more contributors. Unfortunately, as good as some of them might be, that tends to make this fifth edition more dispersed, and turns Silver, Ward, Ursini and Porfirio into editors of an anthology than authors of an encyclopedia. Previous volumes also had other writers than the editors, but it also seemed to contain the personal stamp of the editors when it came to the various critiques. And though I can't prove it- my older, tattered copy is presently some five hundred miles away- it seems that some of the films that appeared in previous edition have been re-reviewed by other critics. Though why, it’s impossible to say. Still, these are minor and perhaps subjective gripes. One does get value for money here, and there are also some interesting insertions- though again I’m not sure why- on subjects like the Fatal Man and significant shots in Where Danger Live. Whatever it’s faults, this remains, as one would expect, an extremely useful book, yet to be equalled. And I for one will undoubtedly be dipping into it time and time again.
Posted by Woody Haut at 10:13 AM 2 comments:

(click to enlarge)
Posted by Woody Haut at 1:40 PM No comments:

Along with Jim Nisbet's two books, Overlook also were kind enough to send, amongst others, the following:

The Better Angels by Charles McCarry
One of the best spy writers around, whose work goes back at least some forty years. This one was first published in 1979 and has turned out to be very prophetic. It prefigures nine-eleven with Islamic terrorists led by an Arab prince made rich through oil, using airplanes and America. The novel takes place in an election year matching a liberal against a hard right businessman with ties to the energy industry. I have never been disappointed by a McCarry novel, and this one is no exception.

Double Negative by David Carkeet
Hadn't read anything by Carkeet before. A pleasant surprise and very funny. Jeremy Cook is a genius who works at a linguistics think tank connected to a daycare center. When someone is found bludgeoned to death, Cook is the prime suspect. Consequently he is forced to investigate the case himself. Perhaps the first crime novel which relies on linguistics to unravel the investigation. I'll be reading more of Carkeet sometime soon.

Noir by Robert Coover
The great Robert Coover turns in another cutting-edge novel. Though this one differs considerably from his past work. Existing somewhere between surrealism and Oulipo fiction, Noir examines the formal limits of the genre. With its genre-bending flashbacks, sleazy bars and jazz clubs, protagonist Philip M. Noir is hired by a woman to find the killer of her husband- though we aren't even sure if he was actually killed. Soon the woman is murdered and her body disappears. Noir is a hall of mirrors in which the reader becomes the investigator gathering the shards of a time-honored genre. Though some noir fans might see this as too much of a pastiche for their tastes, any new Coover novel is an occasion to celebrate.

The Man Who Never Returned by Peter Quinn
A novel about the disappearance of Judge Crater in 1930. That was enough to hook me right there. I had never thought about the politics of Crater's life before.The protagonist Fintan Dunne is called out of retirement to return to New York to solve the crime for a wealthy newspaper magnate. Fascinating stuff.

The Caretaker of Lorne Field by Dave Zeltserman
Part noir and part Stephen Cain, with a dash of James M. Cain thrown in for good measure. Zeltserman is one of the more cogent of the neo-noirists, and this might be his best yet. About Jack Durkin, whose family has been weeding Lorne Field for over 300 years. If the field is left untended, a horrific monster will appear. Book by book, Zeltserman is proving himself to be one of the best around.
Posted by Woody Haut at 10:51 AM No comments: 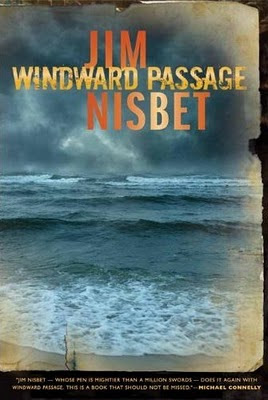 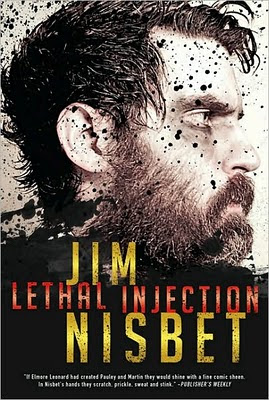 If you haven't read Nisbet's Lethal Injection, Overlook has just reprinted it, to be followed by The Damned Don't Die in October and apparently the rest of Nisbet's back catalogue. Lethal Injection is arguably the best of Nisbet's early novels about a prison doctor who oversees the execution of a young black inmate indifferent to his fate, and sets out to discover the man's backstory. Not to be missed.
Posted by Woody Haut at 4:09 PM No comments: