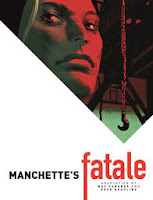 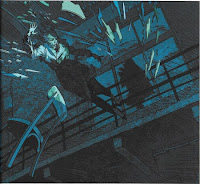 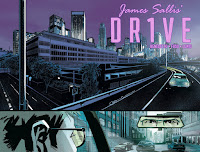 Jake Hinkson: Pictures From Life's Other Side

The stories in Jake Hinkson's recent volume might well be retitled- apologies to Hank Williams- pictures from life's other side. Of course, that other side depends on which side the perceiver is situated. Pictures of which being, for the most part, in the eye of the beholder, dependent on perspective, point of view, place, class, etc. All key elements in noir fiction and film, with which Hinkson is both conversant and exploits to great effect. Moreover, that perspective is reflected, more often than not, in the first-person, the narrator's camera-eye and a subjectivity embedded in working-class culture (marginal), mood (downbeat), geography (southern) and historical drift (chaotic).

Hinkson's short fiction (I've yet to read his novels) takes place in a world in which religion invariably rubs up against reality, with a thin line separating good and evil, lawfulness and lawlessness. Which means the stories are firmly in the tradition of noir,  in which  a black and white manichaeism is replaced by the relativity suggested in the book's title. Of course, noir aficionados will know about that deepening shade, deployed adeptly by the best noir writers, directors and cinematographers. Consequently, I was hooked from the first story, in which a burnt-out police officer gets increasingly drunk behind a gas station before shooting someone who's attempting to rob the place. It reads like it could have jumped out of a Drive By Truckers songbook. These stories about killer cops but psychos, religious obsessives, lowlifes, abusive relationships and the already-wounded also contain some great lines, like the opening sentence of The Big Sister, about a stripper who helps her young sibling who has just killed a man: "I was shaking my tits at the Friday night crowd when I saw my kid sister walk through the back door of The Fur Trap." Like a cross between Harry Crews and James M. Cain, with an attitude summed up in a line from another story, Cold City, about a cop in debt to a local bad-news loan shark: "If God wanted us to have moral clarity he wouldn't have created us blind and stupid."

So it's hardly surprising that Hinkson should be as knowledgeable as they come regarding film noir. But, then, he has over the years written on the subject for publications like Noir City, L.A. Review of Books and Mulholland Books. It's those articles that have been collected in the appropriately named The Blind Alley. And the book is every bit as good as one might expect. But, then, maybe I'm biased, because anyone who mentions, as Hinkson does in his introduction, the 78 blues record collector and eccentric James McKune (on whom I based the character Felix in my novel Cry For a Nickel, Die For a Dime), is going to be of no small amount of interest to me.  Covering considerable ground, Hinkson divides his book into four parts: 1) The Beginning and The End, which functions as an  introductory essay on the subject, one in which he lays out his approach, aesthetics, key movies, as well as various likes and dislikes; 2) Blind Alley, which tackles  particular themes and unexplored or misunderstood areas of the genre; 3) From the Shadow Gallery, which explores overlooked figures in film noir; and 4) Mug Shots, devoted, for the most part, to character actors.  I particularly liked his thematic essays: All Kinds of Women: The Lesbian Presence in Film Noir; Through the Camera's I: Noir's Experiment with the Subjective Camera; Hearing Voices: The Varieties of Film Noir Narration: and Women In Trouble: The Crisis Pregnancy in Film Noir. But there are also excellent entries on children in film noir, as well as profiles of Welles, Garfield, Mitchum, Peggie Castle, Frank Lovejoy, Richard Quine, Norman Foster, Felix Feist, Elisha Cook, and, in Hard Luck Ladies- on Thelma Ritter, Linda Darnell, Martha Vickers and Barbara Payton. In each Hinkson links his  subject with a theme or tendency, as in  What Shows and What Doesn't:  Frank Lovejoy and the Cult of Masculinity. And he does all this without engaging  in needless academic jargon, or appealing to the lowest common denominator. Nor is Hinkson afraid of voicing an  unpopular opinion, as in the opening chapter, 1944 and the Birth of Film Noir, in which he admits to not caring all that much for Barbara Stanwyck and Double Indemnity. Some might say a lapse, but more than made up for a few pages later when  he pinpoints the missing scene in Preminger's Laura and cites Dymtryk's  Murder, My Sweet as the visual template for future film noir.

Of the two books, I suppose I marginally prefer The Deepening Shade. After all, credit to anyone who can manage the tricky terrain of the noir short story. Not that such stories don't proliferate on the internet these days; it's just that so few live up to the tradition of which they claim to be a part. Finally, it's worth mentioning that both The Deepening Shade and The Blind Alley are published by  small presses: the former by All Due Respect, the latter by Broken River Books. It's  publishers like these who appear to be producing some of the most interesting crime fiction around. I wonder if that could have anything to do with the fact that they operate outside the restrictions and contractual obligations of corporate publishing? My guess is that just might be the case.
Posted by Woody Haut at 4:50 PM 2 comments: