The books have been piling up of late,  so, to assuage both guilt and laziness, this is going to be  another series of quickies. As usual, it's my favourite publisher, Stark House, that has come up with some of the most interesting books: reprints of Nude on Thin Ice/Memory of Passion by the always excellent pulpster Gil Brewer, and Nothing In Her Way/River Girl by the prolific regionalist Charles Williams. Though for me the biggest surprise and most intriguing title is their reissue of two novels by Gold Medal writer John Trinian, North Beach Girl coupled with Scandal of the Sand.

Trinian preferred the name Zekial Marko (though his real name was, in fact, Marvin Leroy Schmoker) and it was under Marko that he wrote for The Rockford Files, Mission Impossible, Kolchak, and Toma, a TV series that he also  helped create. As well as the film Once a Thief, starring Alain Delon, Ann Margaret and Jack Palance, adapted by Ralph Nelson from Trinian's novel  Scratch a Thief. There was even an earlier adaptation of the book made in France by Henri Verneuil, with a script by one of France's best, Michel Audiard (father of Jacques), with Delon and Jean Gabin entitled Melodie sous-sol, translated for English-speakers as Any Number Can Win. 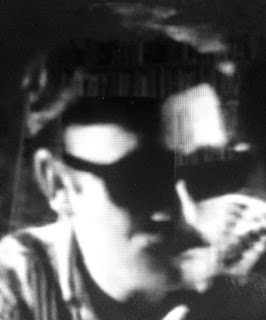 Born in Salinas- Steinbeck was a neighbour- Trinian (1933-2008) spent most of his time in the Bay area, and, during the late 1950s, did a stretch as a bartender at a Sausalito waterhole called The Tin Angel. Just like a  character- the writer-bartender- out of a Don Carpenter novel. Trinian/Marko had quite a reputation at the time, not all of it laudatory. Nevertheless, pulp pundit Rick Ollerman calls him "one of the most realistic of the Gold Medal writers." Indeed, both North Beach Girl (1960) and his final Gold Medal novel Scandal on the Sand (1964) read like minor classics. The latter concerns  a dozen characters brought together by whale stranded on a local beach, while the former revolves around the usual mix of drugs, sex and alcohol, here with a cast that includes Erin, a young female protagonist, an ambitious lesbian and an artist who wants to paint her. After all, it's the hipster world of Bay Area beatnik bohemia: "Who the hell wanted to work. Working got you nowhere. It was just like voting. Your one lousy vote didn't really count. The system wouldn't collapse if you voted against it. So why try? Why work? No matter what job you were performing, the system wouldn't care if you walked out on it. There would always be another sucker to take your place. And Erin had had jobs enough to uphold her way of thinking. Carhop, waitress, usherette, receptionist, cocktail waitress, file clerk, and now artists' model. She had walked out on them  all at one time or another. And no one had missed her. Life had been able to stagger on without her shoulder to the wheel. So, all jobs were the same. She hated them. And now she had had her fill of them and she would do absolutely nothing. And perhaps, while her money lasted, she would be able to figure out a way to be done weigh working for good."

Also included in Trinian volume is an excellent introduction by pulp honcho Ollerman,  an afterward by Trinian's daughter, the artist Belle Marko, and a mid-volume remembrance by the novelist Ki Longfellow who, as a teenager, was Trinian's  soul-mate, who went on to become Vivian "Bonzo Dog" Stanshall's partner. Trinian, and, a second or two earlier, Longfellow, appear in the film's trailer:

The equivalent of Stark House in the UK would probably be London Books Classics. In the past they've published novels by such London working class writers as Robert Westerby, Gerald Kersh, Simon Blumenfield, John Sommerfield and James Curtis. Their most recent is Curtis's There Ain't No Justice. Curtis (1907-1977) has long been one of my favourites with novels like The Gilt Kid, which I've written about before, and, of course, the classic They Drive By Night. There Ain't No Justice is a boxing novel- arguably one of the best- that explores the underworld surrounding that sport in pre-war London, and its effect on a kid from the slums of West London. As usual, Curtis's characters deploy the  language, syntax and slang of the working class. In lesser hands, that might come off as clumsy or cliché-ridden, but here it sounds exactly right. Curtis hung out in  Soho watering holes with the likes of Gerald Kersh and Robert Westerby, as well as various poets and painters.  Like They Drive By Night, There Ain't No Justice was adapted for the screen by Pen Tennyson, though not quite as successfully. Still here's a YouTube clip from the opening scene from Tennyson's 1939 adaptation. If you like bleak settings, boxing, and working class London, you won't be disappointed by this one.

Fast forward to contemporary Glasgow. These days British crime pundits all seem to be talking about Malcolm Mackay, whose A Sudden Arrival of Violence (Pan) is the latest and last novel in his Glasgow trilogy. And one can see why.  All three novels explore the city's criminal underworld, and its various characters, and they do with no small amount of flair and fluidity. What I also find interesting is that Mackay, who hails from Stornoway, purposely ignores the most obvious manifestations of the region he's writing about. In contrast to Curtis, there is, other than the locale, little in these books that could be specifically thought of as Glaswegian. In fact,  there's a universality and matter-of-factness to Mackay writing that makes me think of someone like J.G. Ballard. At the same time, his prose is as crisp and tight as a Black Mask or Gold Medal author. I would say this is definitely a young writer to watch if he hadn't already written two excellent, and dark, novels, How a Gunman Says Goodbye and The Necessary Death of Lewis Winter. And he has a fourth novel, The Night the Rich Men Burned, on the way.

If, like me, you have a weakness for jazz novels, you'll want to have a look at Owen Martell's Intermission (Windmill). It opens with the Bill Evans Trio playing those historic dates at the Village Vanguard in New York, in June, 1961. Not long after which Evans' bass player, the great Scott LeFaro is killed in a car accident. Intermission explores the effect of LeFaro's death on Evans. It's the kind of novel that only an outsider could write. From South Wales, Martell is able to create an evocative, if subdued, atmosphere, as he explores Evans' character over the months following LeFaro's death- which constitutes the intermission of the title. Though, for me, there was something about the novel- perhaps it's the over-romanticisation of this particular subject- that made the novel the less than the sum of its parts. But perhaps that's unavoidable. Over-romanticism seems to be an occupational hazard,  particularly for outsiders. Still,  readable jazz novels are hard to come by. From the very start, Martell's book  reminded me  of a novel I read in French some years ago by Christian Gailly entitled Un Soir au Club (Editions Minuit) about the Evans trio playing a small club in a provincial French town, a laudable attempt which fell short of the mark. Martell's book, which could be thought of as picking up where Gailly's book left off,  is, despite its faults,  a more complete and satisfying work.

If you like complex, fast action spy novels based on a fair amount of research, Wilson's latest, The Whitehall Mandarin (Arcadia), will definitely interest you. An American who served in Vietnam as a Special Forces Officer, then moved  to England, after which he renounced his US citizenship, Wilson has written four previous spy novels. His latest moves from the late 1940s to the late 1960s, and, for the most part, centres on Lady Somers, who, in this novel, happens to be the first female to head the Ministry of Defence. It also brings spooks from previous Wilson novels, as it moves through the Cold War, into  the swinging 60s, the Profumo affair, the Bay of Pigs, Malaya, Vietnam, and China's growing importance on the world's stage. I was completely engrossed until the pace picked up to such a degree that I found it hard to keep my disbelief sufficiently suspended. It's just that there are just too many events of earthshaking importance.  Nevertheless, there are some great moments, and Wilson has certainly done his research, throwing in any number of real personalities from the era, to the degree that I found myself  googling various names with some surprising results. Wilson is in the Ambler, Furst, McCarry, Le Carré category, though not as subtle as the latter two, nor as controlled as the former two. More like a espionage-equivalent of James Ellroy, with a scatter-gun approach, though without Ellroy's manic style and mannerisms. Though I'll no doubt dip into his earlier novels, this one, however entertaining, illustrates the adage that less is often best.
Posted by Woody Haut at 4:02 PM 2 comments: